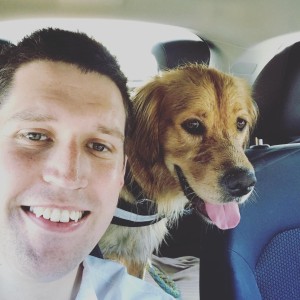 I speak to veterinary clinics nearly every day. I talk regularly about the difficulties they have with their microchips and microchip databases of choice.

Below I’ve listed the 3 most common issues we talk about:

Pet owners regularly run into the issue of being charged to register or update their pet’s microchip even after they’ve told it will be free by their vet. Not only is this an added charge they weren’t expecting of between £10 and £30 but it also can give them a bad impression of their vet.

This is actually one of the reasons we at MyPet became a Defra compliant microchip database. I got charged nearly £40.00 just to change my dogs address and got nothing else for it. Not even an email. You can see a full list of what microchip databases charge pet owners HERE.

We’ve had an unbelievable number of questions from pet owners about this.

The fact is this should not happen with proper and professional deployment of technology. Yes glitches and issues happen, but not issues lasting weeks at a time with pet owners & veterinary clinics unable to get answers. For more on this check out the article HERE from the BBC.

We are a technology company. We build all our technology in house. We place a heavy focus on the security, integrity & reliability of our database.

We thoroughly test and push every release of our platform to ensure it works as it should. This means our customers should only have a great experience when using the MyPet platform. If you’re interested in how we build our technology we’d be more than happy to tell you about it. Just get in touch! 😊

We’ve worked hard to ensure veterinary clinics and pet owners have a great experience when using our software. We have made it as easy as possible to register and manage pet microchips. Check out the videos below showing you how easy and quick it is.

If you’re interested in using MyPet microchips you can find out more HERE. If you’d like to chat to us please feel free to email me – conor@mypethq.io or fill in the form below:

Elaine

Read More
The whole experience off registration was so straight forward and there was the personal phone call from Connor which was very helpful. Only one negative the list off dogs would need revised Brilliant service highly recommend this company , so easy to register your pets micro chip details and you feel confident in the company

Steve

Read More
Having researched through the list of DEFRA compliant databases I’d pretty much decided on ‘mypet’ Had a little technical trouble trying to register so emailed for help. Got a reply in minutes with an explanation that is being immediately resolved. So pleased I didn’t just not bother because of the glitch, I doubt the stunning service I’ve received could be bettered. 5⭐+

Shelly

Read More
What can I say, Conor has been absolutely fantastic in helping me with my technical skills (not very good) lol he emailed me back promptly even out of hours and was available if I needed him on the phone. Super job guys! Keep up the good work! 🙂

Sandra

Read More
Quick and friendly emails every step to keep us up to date! highly recommend!

Anna

Read More
I was looking for a service to put my dog on the DEFRA database and yours was by far the most reasonable. I particularly appreciate that the site was clear about the cost and there were no hidden recurring payments

Tracey

Read More
"First time using this as recommended by voy vets. Really straightforward to use and register on a good email communication straight after! Would recommend!"

Gavin

Read More
Very easy to register my pet. Easy to use interface only taking a few minutes to register my pup. I would recommend mypet in the future to friends.

Sophie

Read More
Super easy to set up and a great price. Please to find through the gov website. Signed up all three of our pets that needed updating! Super quick and easy to edit as I typed in a number wrong!!

Avril

Read More
I signed up to this register in November, and then forgot about it. Until last night! Last night, our little terrier escaped from the garden and was probably gone for about half an hour before I realised. I went out to search for her and a neighbour told me that 2 girls had found a terrier pup and were taking her to the local vet to have her checked for a microchip. I got there roughly an hour after first noticing her missing, but in that time, I had already received 2 e-mails from Conor telling me that my let’s microchip had just been scanned and as I was collecting her from the vet, he rang to tell me exactly where she was. When I absentmindedly signed up for MyPet, I had no idea I would need their services so soon, nor did I expect such a rapid response. If I could give more than 5 stars, I would! Absolutely brilliant.

John

Read More
Transparent fees; no 'exclusive offers', no fake 'vouchers', no hidden charges, no upselling, no annual renewals and a tenth of the price - this deserves recommendations. Also pleased that I got an email warning after the microchip had been checked, which I did at another vet's website. Check all DEFRA approved sites and you'll end up back here.

Sandra

Read More
Had a great experience with MyPet! Very easy and quick process to have my pet registered & great value.

Shantala

Read More
Ordered some puppy toys 🧸 they arrived this morning - super fast delivery and efficient service with nice personalised touches such as being addressed to my pet and a thank you note. Most importantly, my dog loves them, she hasn’t put her dolphin down since she received her puppy package. I would not hesitate to recommend and will be purchasing more toys again very soon.

Jenny

Read More
The website was so easy to work with and it didn't take me longer than 10 minutes to register and pay for my 3 pets. The price is so reasonable for what you get. You are obviously super efficient as the E-mail confirming their registration came through straight away and explained anything else I might need to know. On the whole, just completely professional.

Mary

Read More
Had problem with downloaded IOS app but in less than 30 minutes Conor was in touch and problem sorted. Very impressive customer service and professional approach. So many DEFRA recommended sites to search but this one ticks all the boxes. Big thanks!

Liena

Read More
Outstanding customer support even late in the evenings and on Sunday(!!!) Highly recommend this company.

Sharon

Read More
Very responsive and excellent service. I was supported and reassured at every step with the registration of my pets. Conor provided much welcome advice at a worrying time. Very highly recommended.

Sam

Read More
So impressed with MyPet. When we got out new puppy I was shocked how much Petlog wanted to register her microchip but it also made me question why I never heard from them re our other dog - ie checking in or email updates etc. I was recommended MyPet by a colleague and was blown away by how reasonable they were - so much so I registered both dogs for the peace of mind that I have them both in same place. I had a couple of questions and Conor was quick to respond - unlike above mentioned company whom I’m still waiting to hear back from for over a week. I hit submit on Payment page and instantly got certificates - very slick. 10/10 for ease and customer service

Mary

Read More
Had problem with downloaded IOS app but in less than 30 minutes Conor was in touch and problem sorted. Very impressive customer service and professional approach. So many DEFRA recommended sites to search but this one ticks all the boxes. As soon as I paid the exceedingly low cost payment - my certificate came through. Now my adopted Greek cat who arrived yesterday on his Euro Pet Passport has his Greek microchip number registered in UK. Big thanks Conor & team!

Pamela

Read More
I appreciate how efficient you have been and how you have kept me updated during the process. Your service has been 100% ! Well done, and a big thank you to you and the team.
Previous
Next
Trustpilot 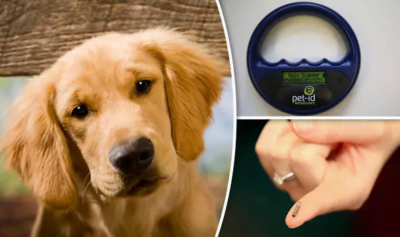 DEFRA Post Implementation Review of the Microchipping of Dogs

This post is targeted towards those people who work a lot with microchip databases. You’ll find this particularly interesting if you’re: From a veterinary clinic From an Animal Rescue From a local council (a team

We talk to lots of vets every week and one of the questions we are answering for them is – Why should I buy MyPet microchips? When we’re asked this question we try answer a 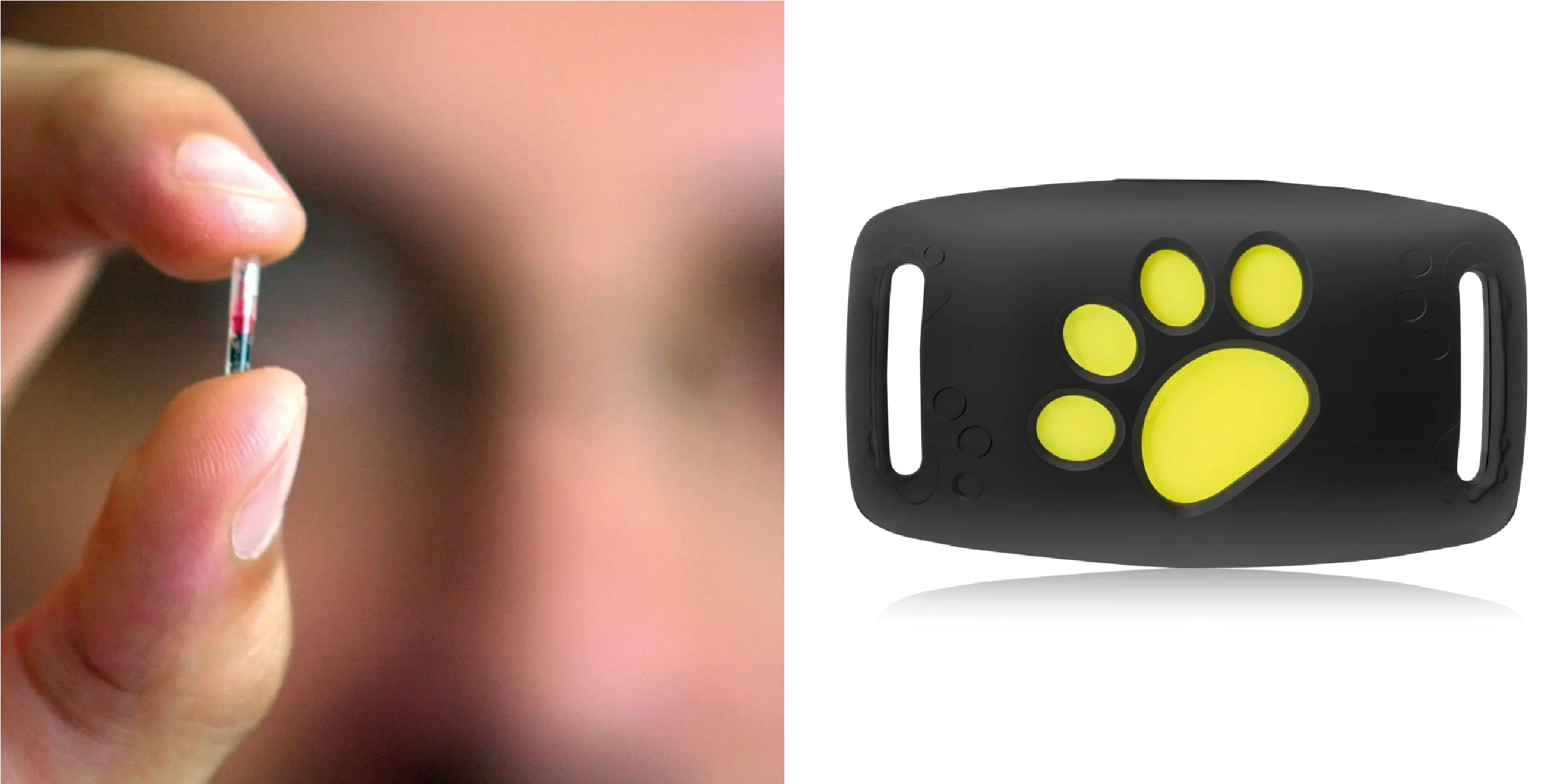 The difference between a microchip and a pet tracker

Last week a friend reached out with an article about a microchip database claiming “Track your pet with our microchip”. This was totally misleading. A microchip can not track a pet and I don’t expect

We use cookies to personalise content and ads, to provide social media features and to analyse our traffic. We also share information about your use of our site with our social media, advertising and analytics partners who may combine it with other information that you’ve provided to them or that they’ve collected from your use of their services. You consent to our cookies if you continue to use our website. For a complete overview of all cookies used and to turn non-essential cookies off, please see our privacy policy

This website uses cookies to improve your experience while you navigate through the website. Out of these cookies, the cookies that are categorized as necessary are stored on your browser as they are essential for the working of basic functionalities of the website. We also use third-party cookies that help us analyze and understand how you use this website. These cookies will be stored in your browser only with your consent. You also have the option to opt-out of these cookies. But opting out of some of these cookies may have an effect on your browsing experience.
Necessary Always Enabled
Necessary cookies are absolutely essential for the website to function properly. This category only includes cookies that ensures basic functionalities and security features of the website. These cookies do not store any personal information.
Non-necessary
Any cookies that may not be particularly necessary for the website to function and is used specifically to collect user personal data via analytics, ads, other embedded contents are termed as non-necessary cookies. It is mandatory to procure user consent prior to running these cookies on your website.
SAVE & ACCEPT

How can we help?

Please just full in the form below, or if you prefer send us an email: support@mypethq.io